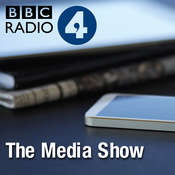 risultati
A right Royal PR disaster
The Duke and Duchess of Sussex have announced that they are stepping down as senior members of the Royal family, a decision that is thought to have been partly motivated by negative press coverage they receive in the UK. Yet their plan and the manner in which it was revealed, has enraged sections of the press even further. Also in the show, why the boss of BritBox wants it to be "the biggest box of British box-sets". Amol Rajan is joined by Dan Wootton, Executive Editor at The Sun, Robert Hardman, the Daily Mail's Royal expert, Chloe Franses, founder of PR agency Franses, and Reemah Sakaan, BritBox group launch director for ITV SVOD. Producer: Richard Hooper
The man driving Jeremy Clarkson
Andy Wilman is executive producer of The Grand Tour, the Amazon Prime Video show featuring Jeremy Clarkson, Richard Hammond and James May. Previously he was the creative force behind Top Gear, turning the programme into one of the BBC's most successful exports. Also on the show, Mark Ryan, executive director of the Judith Neilson Institute for Journalism and Ideas, talks about the Australian philanthropic venture with over £50m to invest in journalism. And Latika Bourke, journalist with The Sydney Morning Herald and The Age, on how the bushfire emergency might prompt a change in how the Australian media reports climate change. Producer: Richard Hooper
The British drama boom
The UK's traditional TV channels might be losing viewers to Netflix and Amazon, but when it comes to the actual shows we're all streaming, British producers are responsible for many of them. In this special edition of The Media Show, Amol Rajan asks how long will the drama boom last? Guests: Kate Harwood, managing director of Euston Films, Jason Kingsley, co-founder of Rebellion, Piers Wenger, Controller of BBC Drama, and Rhianna Dhillon, film and TV critic Producer: Richard Hooper Assistant Producer: Natalia Fernandez Photo credit: Baghdad Central, the new Channel 4 thriller produced by Euston Films.
Ian Hislop's review of the year in media
Private Eye editor on making jokes about Boris Johnson, Prince Andrew and Greta Thunberg
Delete the media?
Most British journalists reporting on politics were shocked by the scale of the Conservative victory. Why did the result take them by surprise and what influence did the media actually have on voters? Amol Rajan is joined by Piers Morgan, ITV presenter, Hannah Chapman, editor of The Northern Echo, Alison Rowat, Senior Politics Writer at The Herald, Oli Dugmore, Head of News and Politics at JOE, and Professor Dominic Wring, Loughborough University. Producer: Richard Hooper
Mostra di piú 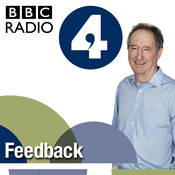 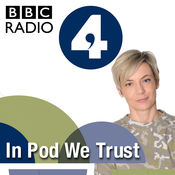