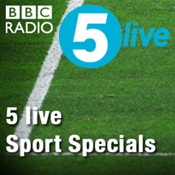 risultati
Archive: Harry Gregg: "I want to remember those happy times"
Former Manchester United and Norther Ireland goalkeeper Harry Gregg has died aged 87. In an interview from 2008 to mark the 50th anniversary of the Munich air disaster - which claimed the lives of 20 passengers including Manchester United players and staff - Gregg talks to Mark Saggers about his role in saving the lives of those trapped in the plane, his friendship with other players, and how he was delighted with the club's training regime after first moving from Doncaster Rovers. Gregg made 247 appearances for Manchester United, following 99 for Doncaster Rovers. He finished his career at Stoke City. He made 25 appearances for Northern Ireland, and was named goalkeeper of the tournament at the 1958 World Cup.
The Inside Track: Breaking barriers for black swimmers & the state of UK Athletics
Darren and Elly are joined by Alice Dearing who is aiming to be at Tokyo 2020 and become the first ever black female swimmer to represent Great Britain. Plus we hear from CEO of UK Sport Sally Munday on the current state of UK Athletics, after they announced an unprecedented review amid “major concerns”. And with Israel Folau set to make his debut for Catalan Dragons, Steve Brady of Catalan Media talks about the reception the controversial player has faced and the opposition received from fellow Super League clubs.
The Inside Track: Could the Coronavirus threaten Tokyo 2020?
The Olympics are 169 days away but could the games be threatened by the Coronavirus outbreak in China? Eleanor Oldroyd and Darren Campbell are joined by Dr Chris Smith from the Naked Scientists podcast to find out just what the Coronavirus is and why there's so much fear surrounding it. 5 Live's Formula One presenter Jennie Gow joins the podcast to discuss the Chinese Grand Prix in April which is in danger of being postponed due to the outbreak. Darren and Eleanor are also joined by the BBC's sports editor Dan Roan who has the latest on shoe technology in athletics after Nike launched a new version of their controversial running shoes, the Alphafly. Plus, Team GB boxing hopeful, Charley Davidson speaks to the Inside Track about her journey back into the ring after taking a six-year break from boxing to have her three children.
Israel Folau: Do sport and religion mix?
Darren and Eleanor debate whether sporting personalities should be able to voice their beliefs – no matter how controversial they are. It comes after Israel Folau – who was sacked by Australia Rugby for making homophobic comments on social media - signed for Super League side Catalan Dragons this week. Britain’s first openly gay rugby player, Halifax prop Keegan Hirst, tells us why he’s appalled that Catalan Dragons have signed Folau, whilst BBC Religion Editor Martin Bashir explains Folau’s interpretation of religion. Also on ‘The Inside Track’ – we look at what legendary basketball player Kobe Bryant’s legacy might be, after he died along with his 13-year old daughter Gianna and seven others in a helicopter crash on Sunday.
The Inside Track: Max Whitlock on his Tokyo title defence
Olympic gold medallist Darren Campbell and Eleanor Oldroyd are joined by Double Olympic Champion Max Whitlock. Together they discuss the defence of his two gymnastics titles at the upcoming Tokyo 2020 Olympic Games, glandular fever and how fatherhood has changed him. Russell Fuller joins the podcast from Melbourne to give us the latest on the qualifying rounds at the Australian Open. Plus, Darren and Elly are joined by a host of guests to discuss the cycling, swimming, rowing and athletics medal prospects ahead of the games in six month's time.
Mostra di piú 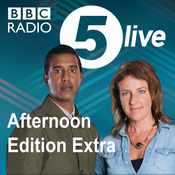 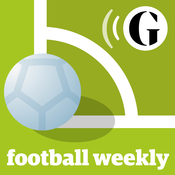