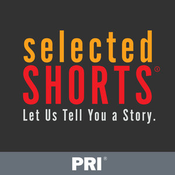 risultati
Too Hot For Radio: Ottessa Moshfegh "The Weirdos"
In her twenties Ottessa Moshfegh co-owned a bar in Wuhan, China. She&rsquo;s lived next to crack addicts and been bedridden for an entire year with cat scratch fever. She is a Stegner fellow, attended Brown&rsquo;s MFA program, and in the past four years has won many, many awards including a Pushcart, an O. Henry, and the Paris Review &rsquo;s Plimpton Prize. Eileen , her first novel, was shortlisted for the National Book Critics Circle Award and the Man Booker Prize, and won the PEN/Hemingway Award for debut fiction.&nbsp; My Year of Rest and Relaxation ,&nbsp;her second novel, was a&nbsp; New York Times bestseller. Her story on this episode, "The Weirdos," is read by Colby Minifie, known for her TV roles in Fear of the Walking Dead and Jessica Jones , among others, as well as her many roles on Broadway including Long Days Journey Into Night and Six Degrees of Separation . This episode is hosted by comedian Michael Ian Black who talks to Ottessa about her work including how much of the plot is autobiographical, and her life after the story.
Ways of Loving
Guest host Kirsten Vangsness presents stories about the different shapes that loves takes. They show how &ldquo;exquisitely OK it is to be ourselves,&rdquo; she comments.&nbsp; In &ldquo;Love and Hydrogen&rdquo; Jim Shepard conjures up the breathtaking magic of travel by airship in his tale of doomed lovers aboard the Hindenberg . The story is performed by Sam Underwood.&nbsp; In Carys Davies&rsquo; &ldquo;The Coat&rdquo; a woman is surprised by her own feelings when she comforts a distressed neighbor. The performer is Becca Blackwell.
Cosy and Chilly: An Agatha Christie Celebration
Guest host David Strathairn introduces two tales by master of mystery Agatha Christie, with special comments by crime novelist Megan Abbott and Christie fan Fran Lebowitz.&nbsp; Lois Smith performs &ldquo;Miss Marple Tells a Story,&rdquo; in which Christie&rsquo;s spinster sleuth boasts a little, and Hugh Dancy reads &ldquo;Accident,&rdquo; about a woman with a dark past come to light. &nbsp;
Out of Control
Guest host Cynthia Nixon presents three revealing first person accounts taking us from a crowded bus, to a suburban motel, to a Russian estate: &ldquo;Hello?&rdquo; by Dmitry Biriukov, performed by Mike Doyle; &ldquo;How to Tie-Dye,&rdquo; by Jenny Allen, performed by Jane Curtin; and &ldquo;From the Diary of a Hot-Tempered Man,&rdquo; by Anton Chekhov and translated by Peter Constantine, performed by Sam Underwood
Love 2.0
Guest host Kate Burton presents four unusual love stories. &nbsp;David Galef imagines &ldquo;My Date with Neanderthal Woman,&rdquo; read by Giullian Yao Gioiello. &nbsp; It&rsquo;s raining old boyfriends and ex-husbands&mdash;literally&mdash;in Marie-Helene Bertino&rsquo;s &ldquo;Edna in Rain,&rdquo; read by Colby Minifie. &nbsp;An extra-marital affair becomes a comedy of errors in Sam Ruddick&rsquo;s &ldquo;Leak,&rdquo; read by &ldquo;Wait Wait&hellip;Don&rsquo;t Tell Me&rdquo; host Peter Sagal. &nbsp;And Kathleen Turner performs Isabel Allende&rsquo;s magical &ldquo;The Little Heidelberg.&rdquo;
Mostra di piú 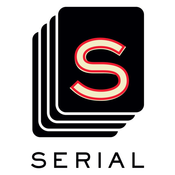 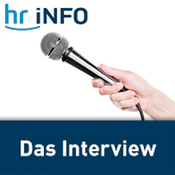