risultati
The Privilege of Pressure
St Helens great Paul Wellens and Jon Wilkin join Dave Woods to discuss the privilege of pressure within a top team and why flat pack furniture offers a key life-lesson.
Short-term Shaun and Golden Goals
Dave Woods is joined by Scott Taylor, England & Hull FC prop forward and John Kear, Wales and Bradford Bulls Head Coach to discuss Shaun Edwards, Wales rugby union defence coach who is due to take up the head coach's role at Wigan in 2020... or is he, and if so for how long? We hear from Edwards who says he definitely wants to coach in the Six Nations again. The interview is from the Today programme. Plus Scott’s team, Hull FC, became the first to win a Super League game via Golden Point on Sunday when they beat Wigan Warriors 23-22. And we hear from his teammate, Marc Sneyd, who kicked the winning drop goal in extra time.
Joel Tomkins Suspended and Super League super coaches
Dave Woods, Matt Newsum, Robbie Hunter-Paul and Brian Noble discuss a video in which Wigan players Joel and Sam Tomkins are seen abusing bar staff which led to Joel being suspended for four weeks and fined £10,000 and Sam being fined £5,000; plus two of this season's most successful coaches St Helens’ Justin Holbrook and Warrington’s Steve Price talk to 5 live’s Will Perry about a wide range of rugby league issues including their approach to the season, the future of Ben Barba and the challenges facing the new CEO of Super League Robert Elstone.
From Newcastle to New York: sprinkling Rugby League’s Magic
The RFL’s Ralph Rimmer suggests New York as a possible venue for Magic Weekend next year and discusses his meetings with Barry and Eddie Hearn and his royal appointment in Windsor on Saturday. Plus Dave Woods is joined by Bradford Bulls Head Coach John Kear, Toronto Wolfpack Head Coach Paul Rowley and BBC commentator Matt Newsum to discuss the latest edition of rugby league’s Magic Weekend in Newcastle and pick their team for England’s test match in Denver next month.
Adam Hills - Physical Disability Rugby League Superstar
Disabled Australian comedian, TV presenter and South Sydney Rabbitohs fanatic Adam Hills tells Dave Woods about the formation of the Physical Disability Rugby League competition in England and how he takes a four-hour return journey every week to play for his adopted side Warrington Wolves; the Wakefield player Chris Hall reveals how he ‘died’ twice in hospital after being punched and elbowed on the field and how he returned to playing the game he loves, and John Kear looks back on the Sixth Round of the Challenge Cup.
Mostra di piú 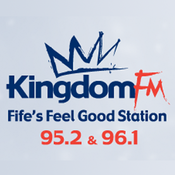 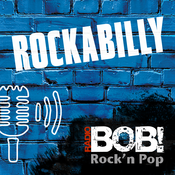