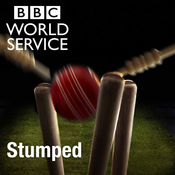 risultati
The story of rising star Naseem Shah
Pakistan's 16 year old teenage sensation Naseem Shah took a historic hat-trick during the first Test against Bangladesh - we go back to the start of his journey and speak to a coach who spotted his talent. We'll also reflect on Bangladesh causing an upset by beating India in the final to win their maiden under 19 World Cup title. Alison Mitchell, Clint Wheeldon and Charu Sharma present this week's programme. Picture - Naseem Shah delivers the ball during the third day of the first cricket Test match between Pakistan and Bangladesh (Photo: AFP)
Kapil Dev on '83 and Kohli
He led India to their first World Cup triumph in 1983 but what does Kapil Dev make of the current team and their captain Virat Kholi. Find out from the man himself. The story of that iconic world cup victory is being made into a film… it will be released in April. And how Rising Australian star Anika Learoyd is reconnecting with her indigenous roots by playing cricket. Picture - Kapil Dev (Credit - Getty Images)
Sutherland: Australia's next Ellyse Perry?
David Gower on England's series victory in South Africa, and whether more needs to be done to share the wealth in Test cricket. Plus, the Australian teenager being tipped for the very top - Annabel Sutherland tells us about her surprise call-up for the T20 World Cup. And there's more Super Over heartbreak for New Zealand, this time at the hands of India. Photo: Annabel Sutherland (Getty Images)
England's Pope, Japan's rise and Lord's loosens the tie
As Ollie Pope becomes England's youngest Test centurion for 14 years, we ask his mentor Alec Stewart when he first realised he had a special talent on his hands. Plus, cricket puts down roots in Japan. Coach Chris Thurgate's two sons are playing for the country in the Under-19s World Cup. And what does Jim Maxwell make of Lord's relaxing its famous dress code for The Hundred. Photo: Ollie Pope (Getty Images)
Is spin bowling a dying art?
With only three spinners in the top 20 of the world Test bowling rankings, we'll discuss why slow bowlers are struggling to make an impact in the company of former India spinner Maninder Singh. Plus - a groundbreaking move from Cricket Brazil. Find out why the South American champions are investing heavily in the women's game but not the men's. Photo: Shane Warne and Muttiah Muralitharan (Getty Images)
Mostra di piú