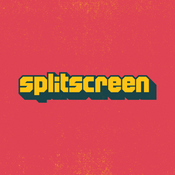 risultati
The New TV Show About Video Games Is Actually Pretty Good
Episode 218: Jason returns to complete the trifecta and take his rightful place as Splitscreen's Triforce of Power... or is it Triforce of Courage? He, Kirk, and Maddy talk about some video games they're playing, including Dragon's Dogma, Death Stranding, and Enter the Gungeon. Then they dive into a Disco Elysium spoilercast (38:31) to talk about the game's guiding ethos, its ending decisions, and what it all means. Finally, it's off-topic talk (1:16:53) about Mythic Quest, the new Apple TV show about video game development, is actually pretty damn good!!! Music pick of the week: D’angelo and the Vanguard - “Ain’t That Easy” from Black Messiah , 2014 Links: Apple Music - Cameron Kunzelman on the end of Disco Elysium: https://www.vice.com/en_us/article/v7445x/the-mysterious-magical-end-of-disco-elysium-was-one-of-the-years-best
Twitch, Mixer, and the Future of Game Streaming
Episode 217 : Kirk and Maddy start by discussing the upcoming "reinvention" of Anthem , then talk about what we're playing, with Kirk having beaten The Evil Within 2 and Maddy playing Death Stranding and Super Metroid . Next we bring on Kotaku senior reporter Nathan Grayson (20:41) to talk about the new Metro Exodus DLC, as well as his recent reporting on Twitch and Mixer and the lucrative deals that streamers have been cutting with platforms. We close with off-topic talk (53:46) about John Wick , Birds of Prey , and Sex Education . Music pick of the week : “Incwadi Encane” by Simmi from her 2018 album Tugela Fairy Links :
Have We Been Sleeping On Dragon's Dogma?
Episode 216 : Maddy and Kirk talk about games they're playing, with Maddy having beaten Disco Elysium and returning to Death Stranding , and Kirk having beaten A Plague Tale: Innocence and finally able to start The Evil Within 2 . After a break (35:53), we bring on Kotaku video producer Paul Tamayo to talk about his coverage of Journey To The Savage Planet . Then, he tries to sell us on playing Dragon's Dogma (and he's pretty convincing). We close with off-topic discussion (59:51) about The Wire , Dunkirk , Cheer and The Good Place . Music pick of the week : “La Villa Strangiato” by Rush from Hemispheres , 1978 Links :
MORE Of The Hardest Things You've Ever Done In A Game
Episode 215 : Kirk and Maddy talk about games they're playing, with Kirk still restricting himself to beating A Plague Tale: Innocence before he can start playing The Evil Within 2 . Maddy is playing too many games and has decided to start another one, which is Kentucky Route Zero . After a break (22:54), they bring on Kotaku staff writer Ethan Gach for a Destiny 2 update and more emails from listeners about hard-won gaming accomplishments. Then we get into off-topic talk (1:05:16) about The Witcher , Lost In Space , Joker , and Uncut Gems . Music pick of the week : Timnit Welday, “Weni” - New Ethiopian Tigrigna (tee-greena) music (via
The Hardest Things YOU'VE Ever Done In A Game
Episode 214 : Maddy and Kirk talk about games they're playing (without Jason), with Maddy starting up Pokemon: Shield and Kirk having finally beaten Disco Elysium , as well as continuing with The Witcher 3 and Plague Tale: Innocence . After that (36:52), we read listeners' stories about the hardest challenges they've ever bested in video games. We don't get through all of them, so we're going to keep that up in future episodes. We close out the show with off-topic discussion (1:06:06) about You Must Remember This, Avatar , and Uncut Gems . Music pick of the week : “Migrations” by Chris Potter feat John Scofield from his 2002 album Traveling Mercies Links : "
Mostra di piú