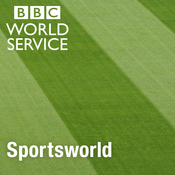 risultati
Robert Enke: The lessons learned from a life too short
On the 10th November, 2009, Germany goalkeeper Robert Enke committed suicide in the city of Hanover. Enke, who won eight caps for the German national side and played for Benfica, Barcelona and Hanover 96 amongst others, had suffered from three bouts of depression during his life and never felt comfortable to openly talk about his battles. So what has football learned and how have attitudes towards mental health changed in the sport since Enke's tragic death? German football journalist Raphael Honigstein and former Liverpool and England goalkeeper Chris Kirkland, who has also suffered from depression, join John Bennett to discuss Enke's story, why he struggled with his mental health and what has changed in the sport to help players feel more able to talk about their feelings. During the podcast, we speak to Enke's wife Teresa about what the last 10 years has been like, why 'Robbie' couldn't reveal his depression publicly and how the Robert Enke Foundation is helping tackle mental health issues. We'll also hear from Enke's agent, Jorg Neblung, and the outgoing Bayern Munich president Uli Hoeness. If you suffer from any of the issues raised in the discussion, then you can visit www.bbc.co.uk/actionline for mental health support. Photo: Robert Enke greets fans after his last ever football match (Getty Images)
'I was diagnosed as starving to death' - Oksana Masters
Oksana Masters was born two years after Chernobyl with several radiation-induced birth defects. This included tibial hemimelia (resulting in different leg lengths), missing weight-bearing shinbones in her calves, webbed fingers with no thumbs, and six toes on each foot. She was abandoned by her birth parents at a Ukrainian orphanage where she lived until age 7 when she was adopted . Since then Oksana has won eight Paralympic medals including two golds. She tells Ed Harry her story. Photo: Oksana Masters of the United States wins gold in the women's 1.1km cross-country skiing final in the sitting category at the 2018 Winter Paralympic Games (Getty Images)
Legends Special: The BBC Warm Up Track Season Finale
Mike Powell, Long Jump World Record Holder, and Olympic High Jump Champion, Stefan Holm, are our guests. How was Doha? What’s Tokyo going to be like? This season-ending Warm Up Track asks two legends what they think about the 2019 Worlds and the 2020 Olympic Games. How good can Noah Lyles be, and what was it like training with Noah’s dad? Whose child would now win a jump off with their father? Mike and Stefan also discuss the challenges facing athletics; doping, changes to the Diamond League for 2020 and whether they are optimistic or pessimistic about the future of Track and Field. Plus, why Mike wouldn’t make a very good poker player. Image: Mike Powell of the United State celebrates on the podium with silver medallist Carl Lewis (R) and bronze medallist Larry Myricks (L) after making his world record leap during the Long Jump event at the IAAF World Athletic Championships on 30th August 1991 at the Olympic Stadium in Tokyo, Japan. (Photo: Mike Powell/Getty Images)
They are Eaton: a BBC Warm Up Track Special
This week, multi-event royalty. Golden couple Ashton Eaton and Brianne Theisen-Eaton join us in Doha to reflect on who won their old events and talk about the birth of their first child, which isn’t too far away. Why didn’t anyone in Doha follow Ashton’s example and wear an ice helmet? Find out why all of the Heptathletes and Decathletes should have a banquet. Plus, why both knew it was right to retire after the Rio Olympic Games and what it’s like knowing that the next World Champs will be held on your old University campus. Photo credit: Brianne Theisen Eaton of Canada is congratulated by her husband Ashton Eaton of the United States after winning gold. (Ian Walton/Getty Images for IAAF)
Usain Bolt and the Race that shook the World
It's been 10 years, since Jamaica's Usain Bolt broke his own 100 metre World Record at the World Athletic Championships in Berlin. We hear from three men who were lucky enough to be in the stadium when Bolt finished in 9.58 seconds. Antigua and Barbuda sprinter Daniel Bailey, race starter Alan Bell and commentator Márton Gyulai talk about their experiences of watching Bolt race towards the finish line. Former Jamaica sprinter Grace Jackson and journalist Kayon Raynor discuss the future of Jamaican sprinting and who could challenge Bolt's record.
Mostra di piú 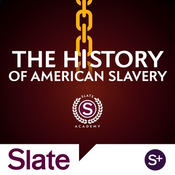 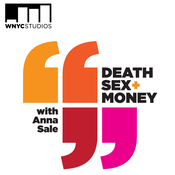