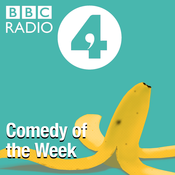 Comedy of the Week

risultati
Lucy and Gina's Special Relationship
Comedians Lucy Porter and Gina Yashere are old friends with lots in common. Both in their mid-forties, they grew up in London, they're both still gigging and both broadcast regularly, sometimes with an eye on the news - Gina on The Daily Show in the US, Lucy on Radio 4's The Now Show. But most often their observational material is based on what's going on in their own lives. There are major differences too. Lucy lives in London, a working mother, married, runs comedy gigs for mothers with babies, and is often too tired to party. Gina lives in LA with her girlfriend, still has time to party, but is usually too tired because of her endless tours and her new TV sitcom. They’ve lost touch. Now they’re making up for that with a transatlantic conversation down the line. In this long distance reunion, they compare very different lives as they catch up on their local news, daily problems and obsessions, and dispense probably unwanted advice to each other on lifestyle work and cultural détente. Subjects include diet, drive by shootings and personal hygiene. Presenters: Lucy Porter and Gina Yashere Producer: Frank Stirling A 7digital production for BBC Radio 4
Nature Table
Nature Table is comedian, broadcaster and writer Sue Perkins’ new comedy ‘Show & Tell’ series celebrating the natural world and all it’s funny eccentricities. Taking the simple format of a ‘Show & Tell’, each episode Sue is joined by celebrity guests from the worlds of comedy and natural history. Each of the natural history guests brings an item linked to the wild world to share with the audience, be it an amazing fact or funny personal anecdote. Each item is a springboard for an enlightening and funny discussion, alongside fun games and challenges revealing more astonishing facts. We also hear from some of the London Zoo audience, a mix of London Zoo staff and members of the public, as they bring us their own natural history ‘show and tells’ for Sue and the guests to discuss. Nature Table has a simple clear brief: to positively celebrate and promote the importance of all our planet’s wonderfully wild flora and fauna in a fun and easily grasped way... whilst at the same time having a giggle. Episode 1 Recorded at London Zoo, this week Sue Perkins is joined by special guests marine biologist Helen Scales, zoologist Lucy Cooke, ethnobotanist James Wong and Australian comedian Felicity Ward. This week’s ‘Show & Tell’ objects include: the fossilised eardrum of a whale, a flower of broccoli and a beaver’s gland. Written by: Catherine Brinkworth, Kat Sadler & Jon Hunter Produced by: Simon Nicholls Music by Ben Mirin. Additional sounds were provided by The Macaulay Library at the Cornell Lab of Ornithology. A BBC Studios Production
Alex Edelman's Peer Group
Award-winning comedian Alex Edelman discusses the concept of "cool" and what it means today. With help from his "peer group" at the University of West London, Alex examines what is cool, how to be cool, and why it's still important today. Alex Edelman's Peer Group is written and performed by Alex Edelman, with additional material from Alfie Brown, Rebecca Nicholson, David Burstein, Catherine Brinkworth and Kat Sadler. It was produced by Sam Michell. It is a BBC Studios Production.
Roots
New comedy starring Line of Duty's Vicky McClure and the extraordinary talents of the BAFTA Award winning Television Workshop. Roots tells the story of Craig Shields, a rich, successful businessman who decides to go back to where it all began - the Workshop in Nottingham that transformed his life - to help similarly disadvantaged kids make something of their own lives. Two problems - they don't want his help and he's got the wrong keys to unlock their potential. Craig's altruistic homecoming is not what he envisaged. Support he was relying on from old friends and colleagues doesn't materialise. While Craig would prefer to forget most of his troubled Notts past, there is one person that will always have a place in his heart - his long time ex Sandra (Vicky McClure). A spark that was lit 15 years ago is rekindled with Craig's reappearance in Nottingham. Over the years the Nottingham Television Workshop has spawned This is England, Samantha Morton, Vicky McClure and Jack O'Connell, among many others. Anyone who wants to cast funny, authentic, young, working-class actors goes to the Workshop. Fittingly the show is directed by the person that helped launched the careers of the actors mentioned above and who ran the Workshop for 30 years, Ian Smith. The show was created by Love In Recovery's Pete Jackson and Mario Stylianides. It is written by a brand new writer, Ava Pickett. Also starring: Justin Brady Spike Fearn Harpal Hayer Kelly Jaggers Narisha Lawson Joel Morris Jorden Myrie Ella O’Brien Ian Smith And Ben Welch Created by Pete Jackson and Mario Stylianides Written by Ava Pickett Producer: Mario Stylianides A Golden Path production for BBC Radio 4
Mostra di piú

Comedy of the Week: Playlist

Su Comedy of the Week 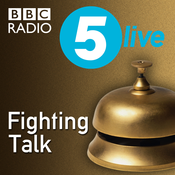 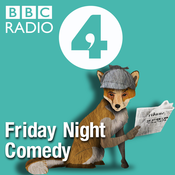 Comedy of the Week: Podcast correlati

Comedy of the Week: Stazioni correlate