risultati
Dirt
In 1996, an 83-year-old Holocaust survivor and refugee to America sat down with an interviewer from the USC Shoah Foundation to recount what she had experienced. “If we’re not going to tell now, in 20 years I don’t know who’s going to be to tell,” Rae Kushner said in her Yiddish-accented English. “And now we have still the strength and we have the power to do this and to warn the rest of the world to be careful who is coming up on top of your government.” Rae’s grandson Jared is now one of the most powerful people in the U.S. government. President Trump’s son-in-law and a senior White House adviser, he is an influential voice on some of the nation’s most pressing issues, including immigration across the southern border. And to understand him, you need to understand his family story. This episode is based on reporting from host Andrea Bernstein’s new book at The New Yorker.
Mongolia
In the summer of 2019, Donald Trump Jr. traveled to Mongolia. On Instagram, "Guys I'm back after living the Yurt Life...We covered many miles on horseback and 4WD...Truly one of the most beautiful places I've ever seen." He didn't mention the fact that he shot and killed an endangered argali sheep. Or that the Mongolian government issued him a hunting permit after the shoot. We learned that in many respects, Trump Jr.'s visit blurred the lines between private citizen and diplomacy. Trump Jr. even had a meeting with the Mongolian President.   about WNYC and ProPublica's investigations into the Trump family business.
Gordon Sondland
Three women recall Gordon Sondland made unwanted sexual contact in business settings. One says he exposed himself. All recall professional retaliation after they rejected him. Sondland denies the allegations.  Sondland is the US Ambassador to the European Union. He also served as a point-man for President Trump in Ukraine, as Trump put a hold on military aid. Then, Sondland became a key witness in the impeachment inquiry. Long before Sondland moved his residence to a Brussels mansion, he was a high-profile hotelier and philanthropist in the Pacific Northwest. In Portland, he has long been a powerful investor, political donor, and patron of the arts.   about WNYC and ProPublica's investigations into the president's business practices.
"Corruption Is Our Achilles Heel"
Glenn Simpson has a lot to say about business corruption and Russian influence in the U.S. In this episode, we speak to him. Simpson first came to these issues as an investigative journalist at The Wall Street Journal. In 2010, he co-founded Fusion GPS, a research firm. During the 2016 campaign, he began to research Donald Trump for two clients: first for a Republican opposed to Trump and then for a lawyer for Democrats. Fusion is most famous — or infamous — for hiring Christopher Steele, the former British spy who wrote the so-called Steele dossier. We asked Simpson about the dossier, about becoming a part of the story, and about the deposition of former national security aide Fiona Hill, who said that when it comes to Russia, "corruption is our Achilles heel." Simpson is now the author, with Peter Fritsch, of the new book, "Crime in Progress: Inside the Steele Dossier and the Fusion GPS Investigation of Donald Trump." about WNYC and ProPublica's investigations into the president's business practices.
The Diplomat, The Machers, And The Oligarch
The impeachment inquiry focuses on whether or not there was a quid pro quo: Military aid in exchange for an investigation. But what if you look at the same events from a different vantage point? The business interests at play. This episode: How Rudy Giuliani's associates worked their connections to oust the U.S. Ambassador in Ukraine. How President Trump's personal interests came into alignment with the interests of an indicted foreign businessman. And how all of them have been working to discredit Joe Biden.  about WNYC and ProPublica's investigations into the president's business practices.
Mostra di piú 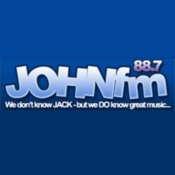 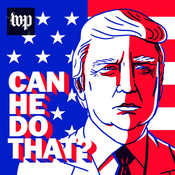