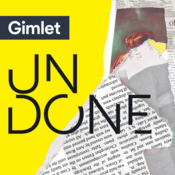 risultati
Introducing We Came To Win
Just in time for the World Cup, we bring you the first installment of Gimlet’s new show, We Came To Win. The show tells the stories behind the World Cup’s biggest moments, and this episode brings you inside one of the most miraculous turnarounds in sports. It was 1990, and English soccer was in the doldrums. The national team was crap, the stadiums were crumbling, and there was the pervasive threat of violence from football hooligans. But one summer—and one World Cup—changed English soccer forever. Credits: We Came to Win is hosted by Nando Vila. This episode was produced by Emily Ulbricht, Emma Morgenstern, and Ngofeen Mputubwele, with help from Anna Foley and Jasmine Romero. Our senior producer is Matthew Nelson. Our editors are Caitlin Kenney, Devon Taylor, and Jessica Weisberg. This episode was scored, sound designed, and mixed by Bobby Lord. Check out more Gimlet podcasts at gimletmedia.com.
Gimlet Presents: Uncivil
America’s divided. And it always has been. Uncivil, Gimlet’s new history podcast, takes you back to a time when America was so divided that it split in two. In each episode hosts Jack Hitt and Chenjerai Kumanyika ransack the official history of the Civil War… that boring, safety-first version you were taught in school. They’ll bring you untold stories of covert ops, mutiny, counterfeiting, and the 1860s version of drone warfare. And give you a better sense for how these forgotten struggles connect to the political battlefield we’re living on right now. In this first episode of Uncivil, The Raid, a group of ex-farmers, a terrorist from Kansas, and a schoolteacher attempt the greatest covert operation of the Civil War. New episodes of Uncivil come out every week. Listen on: Apple Podcasts | Overcast | Stitcher | Pocketcasts
Chitlins at Bergdorf’s
Pat is back to present a brand new show from Gimlet Media called The Nod. Hosted by best friends Brittany Luse and Eric Eddings (who reported the Undone episode The Deacons) The Nod gleefully explores all the beautiful, complicated dimensions of Black life. This episode will especially appeal to fans of Undone as Brittany and Eric look back at one night in 1973 that transformed the fashion world. This is the story of The Battle of Versailles—where one Black designer and his ten Black models brought legitimacy to American fashion, forever changing the game.
The Columbia
In 2003 the space shuttle Columbia was returning from two weeks in orbit. It was a routine mission. So routine that most of America barely paid attention. Until something went terribly wrong. Many of us watched shuttle break apart over Texas on television. All seven of the crew members were lost. Jon Clark’s wife, Laurel, was one of them, and her death that day inspired his life’s work: helping get more people to space. Undone is hosted and produced by Pat Walters, with Julia DeWitt and Emanuele Berry. Our senior producer is Larissa Anderson. We are edited by Alan Burdick and Caitlin Kenney. Production assistance by Isabella Kulkarni. Undone is mixed and scored by Bobby Lord. Our fact-checker is Michelle Harris. Special thanks to Janna Levin. Undone was conceived in collaboration with our friends at Retro Report, the documentary film series that connects iconic news events of the past to today. You can find them here. If you want to get in touch, you can find us on Twitter @undoneshow or e-mail us at undone at gimletmedia dot com. Our Sponsors Blue Apron – Get your first three Blue Apron meals delivered for free by going to blueapron.com/undone Squarespace - Go to squarespace.com and use the offer code UNDONE at checkout to get 10% off your first purchase
Introducing Twice Removed
This episode features an excerpt from Twice Removed, a new Gimlet show that proves we’re all just one big family. We think you’ll really like it. The guest for this episode is writer Dan Savage. We will return with a brand new episode of Undone in a couple of weeks. Credits Undone is hosted by Pat Walters and produced by Julia DeWitt and Emanuele Berry. Our senior producer is Larissa Anderson. Editing by Alan Burdick and Catlin Kenney. Production assistance by Isabella Kulkarni. Undone is mixed and scored by Bobby Lord.
Mostra di piú 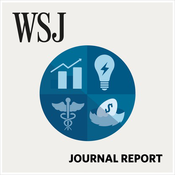 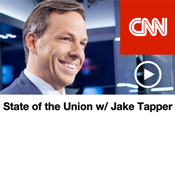