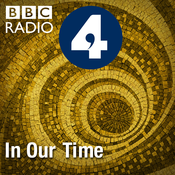 risultati
Marie Antoinette (repeat)
In a programme first broadcast in November 2018, Melvyn Bragg and guests discuss the Austrian princess Maria Antonia, child bride of the future French King Louis XVI. Their marriage was an attempt to bring about a major change in the balance of power in Europe and to undermine the influence of Prussia and Great Britain, but she had no say in the matter and was the pawn of her mother, the Empress Maria Theresa. She fulfilled her allotted role of supplying an heir, but was sent to the guillotine in 1793 in the French Revolution, a few months after her husband, following years of attacks on her as a woman who, it was said, betrayed the King and as a foreigner who betrayed France to enemy powers. When not doing these wrongs, she was said to be personally bankrupting France. Her death shocked royal families throughout Europe, and she became a powerful symbol of the consequences of the Revolution. With Catriona Seth Marshal Foch Professor of French Literature at the University of Oxford Katherine Astbury Professor of French Studies at the University of Warwick and David McCallam Reader in French Eighteenth-Century Studies at the University of Sheffield Producer: Simon Tillotson
The Gin Craze (repeat)
Melvyn Bragg and guests discuss the craze for gin in Britain in the mid-18th Century and the attempts to control it. With the arrival of William of Orange, it became an act of loyalty to drink Protestant, Dutch gin rather than Catholic brandy, and changes in tariffs made everyday beer less affordable. Within a short time, production increased and large sections of the population that had rarely or never drunk spirits before were consuming two pints of gin a week. As Hogarth indicated in his print Beer Street and Gin Lane (1751) in support of the Gin Act, the damage was severe, and addiction to gin was blamed for much of the crime in cities such as London. With Angela McShane Research Fellow in History at the Victoria and Albert Museum and University of Sheffield Judith Hawley Professor of 18th Century literature at Royal Holloway, University of London Emma Major Senior Lecturer in English at the University of York Producer: Simon Tillotson First broadcast 15 December 2016.
George and Robert Stephenson (repeat)
In a programme first broadcast on 12 April 2018, Melvyn Bragg and guests discuss the contribution of George Stephenson (1781-1848) and his son Robert (1803-59) to the development of the railways in the 19th Century. George became known as The Father of Railways and yet arguably Robert's contribution was even greater, with his engineering work going far beyond their collaboration. Robert is credited with the main role in the design of their locomotives. George had worked on stationary colliery steam engines and, with Robert, developed the moving steam engine Locomotion No1 for the Stockton and Darlington Railway in 1825. They produced the Rocket for the Rainhill Trials on the Liverpool and Manchester Railway in 1829. From there, the success of their designs and engineering led to the expansion of railways across Britain and around the world. with Dr Michael Bailey Railway historian and editor of the most recent biography of Robert Stephenson Julia Elton Past President of the Newcomen Society for the History of Engineering and Technology and Colin Divall Professor Emeritus of Railway Studies at the University of York Producer: Simon Tillotson This programme is a repeat.
Frankenstein
In a programme first broadcast in May 2019, Melvyn Bragg and guests discuss Mary Shelley's (1797-1851) Gothic story of a Swiss natural philosopher, Victor Frankenstein, and the creature he makes from parts of cadavers and which he then abandons, horrified by his appearance, and never names. Rejected by all humans who see him, the monster takes his revenge on Frankenstein, killing those dear to him. Shelley started writing Frankenstein when she was 18, prompted by a competition she had with Byron and her husband Percy Shelley to tell a ghost story while they were rained in in the summer of 1816 at the Villa Diodati by Lake Geneva. The image of Mary Shelley, above, was first exhibited in 1840. With Karen O'Brien Professor of English Literature at the University of Oxford Michael Rossington Professor of Romantic Literature at Newcastle University And Jane Thomas Professor of Victorian and Early 20th Century Literature at the University of Hull Producer: Simon Tillotson This programme is a repeat
The Covenanters
Melvyn Bragg and guests discuss the bonds that Scottish Presbyterians made between themselves and their monarchs in the 16th and 17th Centuries, to maintain their form of worship. These covenants bound James VI of Scotland to support Presbyterians yet when he became James I he was also expected to support episcopacy. That tension came to a head under Charles I who found himself on the losing side of a war with the Covenanters, who later supported Parliament before backing the future Charles II after he had pledged to support them. Once in power, Charles II failed to deliver the religious settlement the Covenanters wanted, and set about repressing them violently. Those who refused to renounce the covenants were persecuted in what became known as The Killing Times, as reflected in the image above. With Roger Mason Professor of Scottish History at the University of St Andrews Laura Stewart Professor of Early Modern British History at the University of York And Scott Spurlock Professor of Scottish and Early Modern Christianities at the University of Glasgow Producer: Simon Tillotson
Mostra di piú

In Our Time: Playlist

Su In Our Time 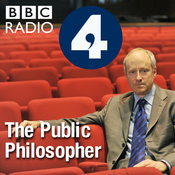 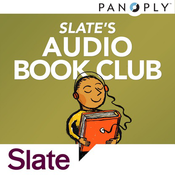 In Our Time: Podcast correlati

In Our Time: Stazioni correlate